Mike Massimino is
an Astronaut. a Columbia Professor. a Media Personality. an Author. a Speaker. an Explorer.

An astronaut, the first person to tweet from space, a recurring character on The Big Bang Theory, and now a New York Times bestselling author, Mike grew up a working class kid whose seemingly unreachable dream of becoming an astronaut and flying in space was realized in an unlikely journey that was driven by determination and commitment, and accomplished with hard work and humor. After two missions to the Hubble Telescope and four space walks to make critical repairs to the telescope, Mike is now the Senior Adviser for Space Programs at the Intrepid Sea, Air & Space Museum, a Columbia University professor, an author, a television host, a frequent guest on morning shows, news programs, talk shows, and late night television, and an in-demand speaker for audiences seeking a unique perspective on teamwork, innovation, and leadership from a down to earth spaceman. 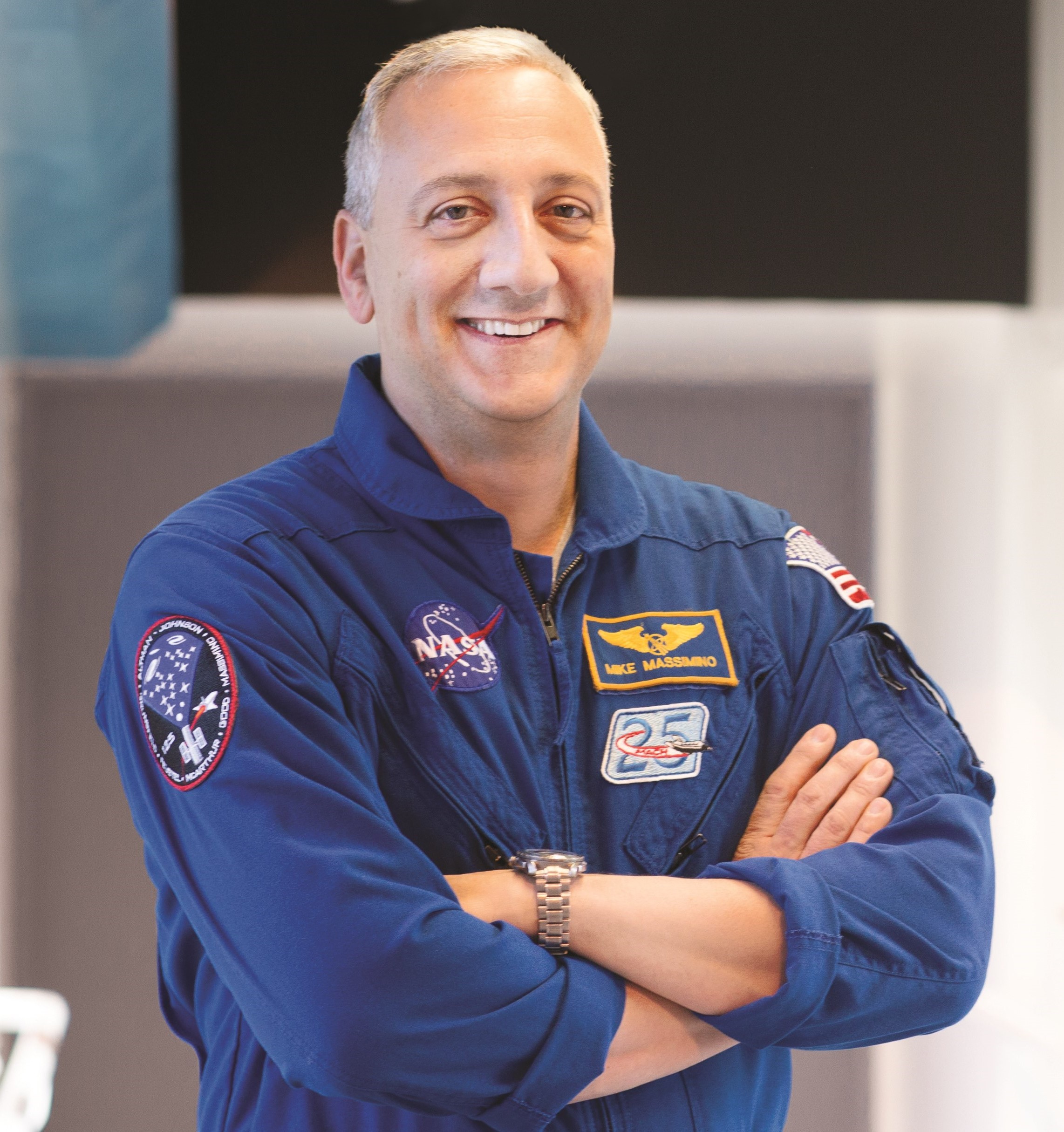